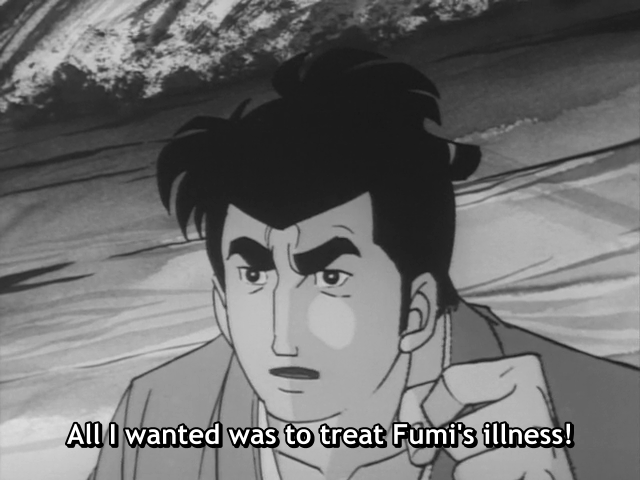 TSHS and Hokuto no Gun are back with more heart-wrenching action from the anime based on Shotaro Ishinomori’s classic Edo period manga. In this episode, a ronin participates in a brutally violent crime in order to buy medicine for his sick younger sister.

Get it from Nyaa or Mega.

The desperate older brother is played by Makio Inoue, who ended up taking over the role of Sabu six episodes later. He went on to play the stoic samurai Goemon Ishikawa in Lupin the 3rd, and his most iconic role came in 1978 as Leiji Matsumoto’s Space Pirate Captain Harlock (another anime series helmed by Sabu & Ichi’s chief director Rintaro.) And of course tokusatsu fans will recognize him as the voice of Zabitan in Shotaro Ishinomori’s mind-blowingly weird and wonderful Akumaizer 3.