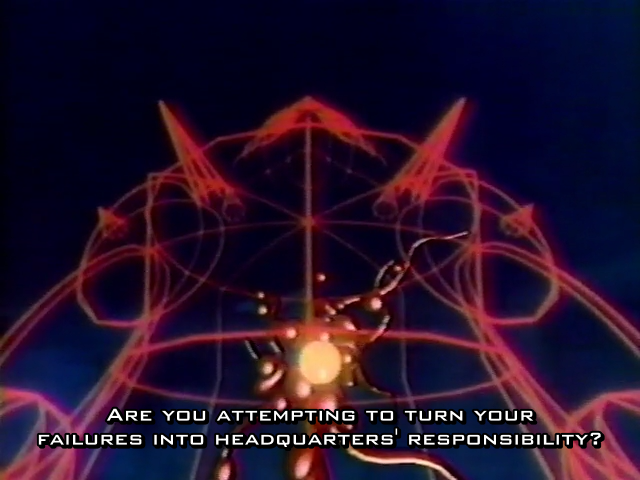 2019 is the 35th anniversary of both the Lensman anime film & TV series, as well as the 85th anniversary of E.E. “Doc” Smith’s Triplanetary being serialized in Amazing Stories Magazine. So it seems appropriate that our first release in this anniversary year is a revised batch of the first 10 episodes of the incredibly rare Lensman TV anime. This is a joint project with /m/subs, be sure to check out their release site here.

The Lensman TV series is quite rare. In fact there are probably quite a few people reading this who remember the anime movie from 1984, but had no idea it spawned a series later the same year. Only the first six episodes have ever had any kind of official home video release in Japan (on VHS and LaserDisc in the 80s), and the chances of the series ever being released on DVD seem slim to none. So a big thanks goes to the hardcore old-school video collectors who provided the raw sources: Alrow for the LaserDisc episodes, Dougo13 for the Betamax ones, and Laurine & AnimeSennin for the VHS.

Or the hardsubbed mp4s from Nyaa or Mega.

Big ups to everyone in the /m/subs crew who helped make this joint project a reality. Marty McFlies was the one who originally got the party started with his project of creating a properly subtitled version of the Lensman movie from the best available video sources. He enlisted the help of lots of different people, many of whom were in the /m/subs family. Shidoni also deserves a special mention for loaning me her pre-recorded VHS copy of episode 1, which was used for the initial translation that kicked off the TV series before I was able to locate a LaserDisc source. Thanks to sky79 for translations and timing, starseeker for translation checks, drmecha (from sakuga80/Gunsight Team) for helping out with many of the staff credit translations, Shidoni & Crush-Zombie for the song translations, and Ametuchi for help with the insert song.

Obviously the animation on a weekly TV series is not going to be up to the standards of a big budget summer movie. The Lensman series, which was farmed out to several different production companies, definitely has a problem (particularly in the early episodes) with characters drawn in widely varying art styles from scene to scene. But while it may not pack the (somewhat dated) visual punch of the movie, I actually prefer the series from a storytelling perspective.

The first six episodes were written by legendary anime scribe Masaki Tsuji, and in the opening few he quickly establishes that the TV series has its own continuity seperate from the movie. Episode 1 features an alternate origin story for how Kimball Kinnison became a Lensman, and Worsel gets a completely different introduction in episode 2. Episode 3 introduces another Lensman, Tregonsee, who is featured in the books but not the movie, and main villain Helmuth makes his first appearance in episode 4.

Probably the best of the Tsuji scripted episodes are 5 and 6, a two part story about the 30th anniversary of Galactic Patrol. Admiral Haynes is determined to visit planet Dzoara, to join in celebrations with one of the earliest non-human civilizations to join the Patrol. The ensuing story fills in some details about the early days when Admiral Haynes and Kim’s father Gary Kinnison founded Galactic Patrol, and the reasons why Gary left the Patrol to travel the outer reaches of space. Also notable about this story is that Yasuomi Umetsu was the animation director for both episodes, and you can definitely see his influence in many of the key layout drawings.

Next comes episodes 7-10, the four part “Wandering Dutchmen” story arc written by Armored Trooper Votoms scriptwriter Souji Yoshikawa. This is my personal favorite section of the Lensman TV series, I’m really glad to finally be able to watch it now complete with English subtitles. I hope that some of you enjoy it as well.

More episodes of the TV series are in the works for 2019, and perhaps another polish of the movie as well. A belated Happy New Year to you all!