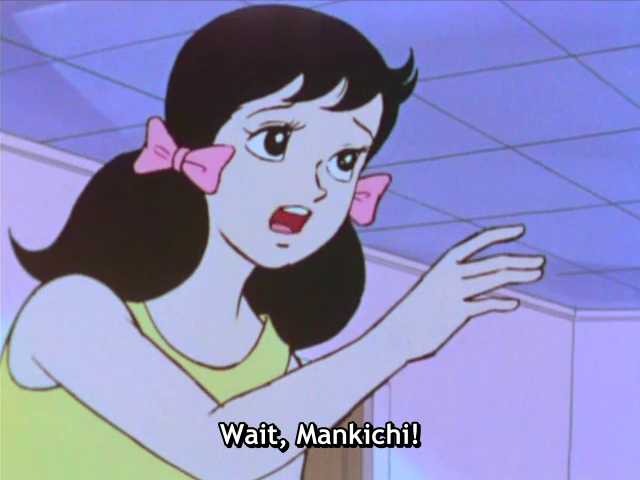 So many legendary franchises have been launched by manga originally serialized in the magazine for the manliest of boys, Weekly Shonen Jump. Mazinger Z, Cobra, Kinnikuman, Dr. Slump, Hokuto no Ken, Dragon Ball, City Hunter, Sakigake!! Otokojuku, Saint Seiya, Rurouni Kenshin, One Piece, Naruto, and countless other fan favorites made their mark on the public, often being spun off into popular anime and merchandising empires.

One of the first strips in Shonen Jump to really become a massive hit with the public was Hiroshi Motomiya’s Otoko Ippiki Gaki Daisho, which made its debut in October 1968 with issue #11. The story’s protagonist is Mankichi Togawa, a middle school delinquent being raised by a widowed mother in a tiny rural fishing village. Mankichi is known as “the boss of the brats,” due to his devoted following of downtrodden younger kids.

With the huge success of the manga, this anime adaptation debuted the following year, in September 1969. Unlike the standard format of 25 minute weekly episodes that has been the norm for most televised anime, Otoko Ippiki Gaki Daisho was shown as a daily serial, with each story comprising of six parts running about seven minutes each, shown from Sunday through Friday.

When we subtitled the first serial last year, we experimented with releasing it in these individual daily segments, then finishing up with omnibus compilations at the end of the week. This turned out to be a bit of extra work, so for the second serial we’ve chosen to just release the full compilations. We’ve also got a slightly revised version of the first serial.

This is a joint project with our friends at Hokuto no Gun. They have also been scanlating the original manga, which you can read here. The first two chapters were sort of adapted into these first two serials, which makes for an interesting comparison because of the changes made in the anime version. 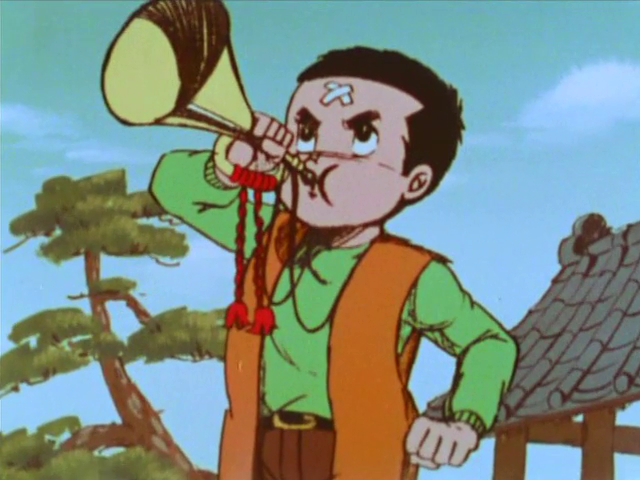 Last week when I was juggling working on episodes of this show and Stepsisters, it occurred to me what an odd coincidence it was that both shows feature trumpet-playing gang members…