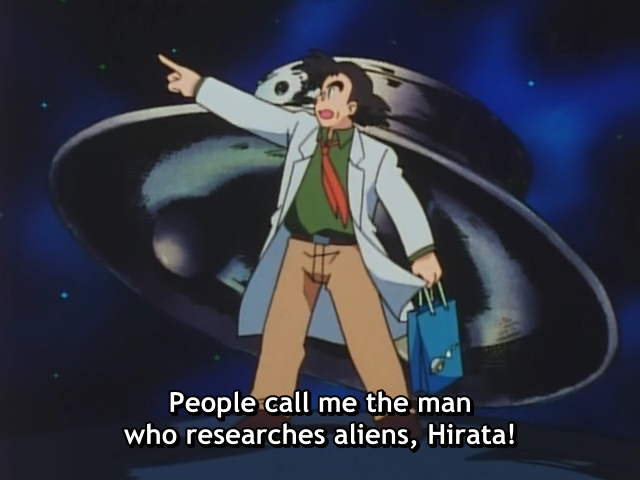 Q: Pocket Monsters? But it isn’t even April Fools Day.

A: It’s true that I’m not a big fan of this show. I don’t have any opinions on the English dubbed version (apart from thinking the theme song is awful) because I’ve literally never seen a single episode of it. In Japanese with English subtitles the show is watchable enough in my opinion. Cool villains and the first theme song is incredible catchy. As for the heroes…meh.

The reason I’m not saving these episodes for an April Fools release (as I previously did with episode 72) is because I just realized that this project has been in various stages for the last 20 years, which is a long time even for me. Time to just finish the episodes and release them already.

Q: Which episodes are you subtitling?

Q: How did this project come about?

A: Well, back when this show was fairly new, of course there were those notorious three episodes (18, 35 and 38) that didn’t get dubbed into English as part of the original syndication package. I was fairly new to the fan subtitling scene at the time, but I had been doing VHS trading for the previous 15 years, and a subtitled tape of those three episodes seemed like something that people would want to trade for. Scripts for these three “lost episodes” were easily available from the newsgroups (can’t remember if it was rec.arts.anime or alt.fan.pokemon) and I traded with someone who had tapes of the broadcasts from Japan.

Some time after this, I traded for some random subtitled episodes: 62-64 and 80-82. The VHS copies weren’t great, but the subtitles were legible, so over a period of time I transcribed them (manually, this was before programs existed to OCR subtitles) with the intent of releasing my own versions of them. The episodes didn’t list the name of the subtitling group, it’s possible they were subtitled by one of those bootleggers you used to see selling clamshell VHS tapes at SF & comic conventions.

Ideally in those days, when you were making VHS and S-VHS tapes of subtitled episodes, you would want to release a full tape with four (or sometimes even five) episodes. Some family members and friends spoke very highly of episode 72 (the tragic origin story of my favorite character, Nyasu) so I bought the pre-recorded VHS tape (which also contained episode 71) and sent 72 to one of my translators at that time, to go on the same tape with 62-64. With episodes 80-82 taking the show through the end of the Sekiei League arc, I decided to fill out that tape by getting episode 83 (the first in the Orange Islands arc) translated as well.

All these years later, no-one has seen most of these episodes I’ve subtitled, except the handful of people that I traded VHS tapes of them with. So without further ado, here’s episode 62. More to follow soonish.

Get it from Nyaa or Mega.

Thanks to WinxBloom1980 for the raw source, recorded off the Kids Station channel in Japan, and meticulously cleaned up & de-logoed. Bizarre that after more than 20 years these early episodes have still never been released on DVD. Also thanks to Sakoera Tyan for help with styling & QC, and Lord Starfish of Some-Stuffs (the group subtitling the new episodes airing on Japanese TV currently) for the opening theme and motto translations.

If you’re interested in more subtitled Pocket Monsters, episodes 1-46 and 65-66 are available from PocketMonsters Fansubs, you can find the links here. If you want to see the newest episodes, subtitled every week as they air, check out Some-Stuffs here.

Like Loading...
This entry was posted in subtitled video release and tagged 1990s, color anime, Pocket Monsters. Bookmark the permalink.