Okay, it’s been a while since we released an OG black and white Kitaro episode, but your pals at TSHS and Hokuto no Gun are back with a new one. We also have some minor revisions on the previous two episodes as well. So, without further ado: 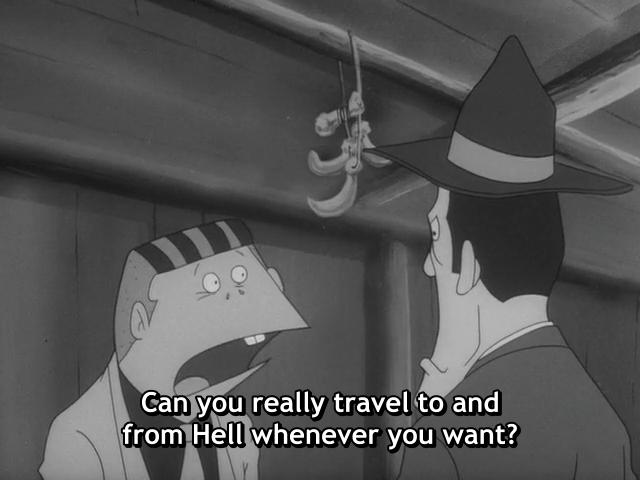 Two violent criminals are on the lam after robbing a bank and murdering the security guards. They plan to hide out in the woods to escape the authorities, but end up in a place a bit further out of the way… 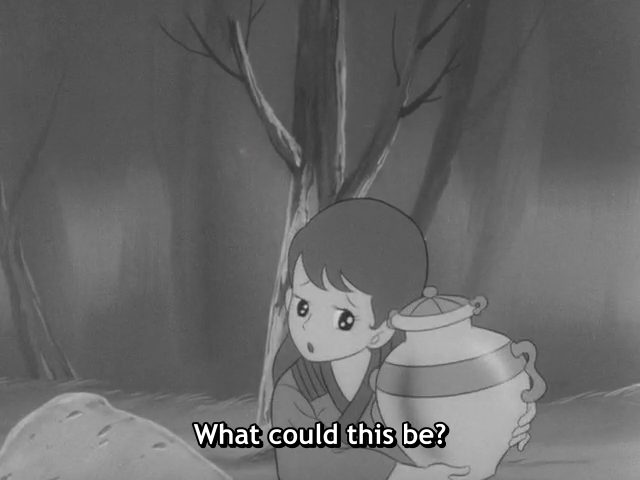 An orphan girl accidentally releases Suiko, a Yokai tiger imprisoned in a jar by a priest 500 years ago. Suiko survives by absorbing the water from everything in its path. Ponds, crops, farmers, and even bullies who think it’s cool to throw rocks at a poor orphan and her cute little dog. 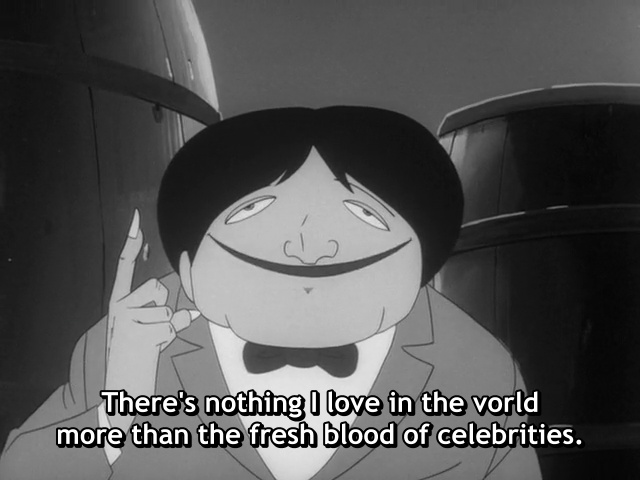 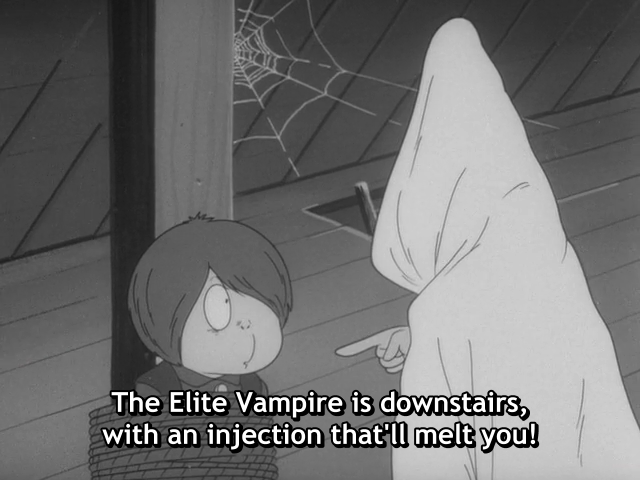 Episode 15: “The Elite Vampire, Part One”

The chairman of a major corporation needs a blood transfusion after being attacked by vampire bats. He receives a letter from the Elite Vampire, a bloodthirsty Yokai who can hypnotize people with the sounds of his guitar. The chairman recruits Kitaro to defeat the Elite Vampire, while the vampire hires Nezumi Otoko (of course) to help implement his 1,000 Person Bloodsucking Plan. Of course the thousand people in question are all famous, because the Elite Vampire is a total star-sucker.

Get the episodes from Nyaa…