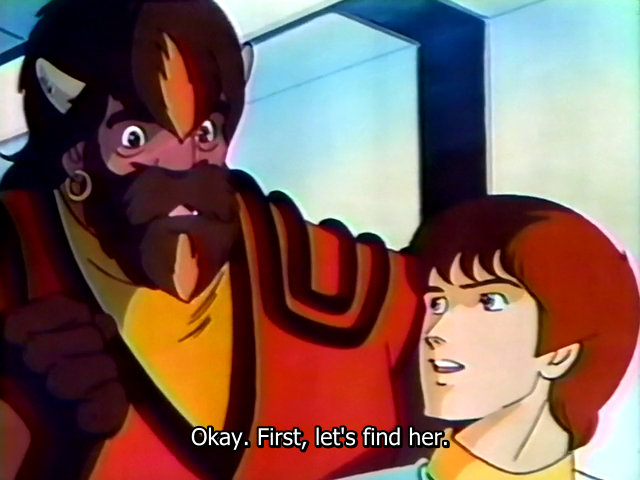 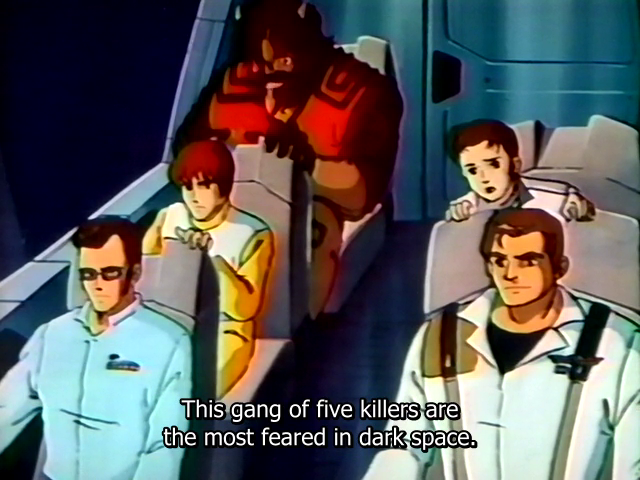 This the first of six Lensman episodes written by Haruya Yamazaki, whose impressive resume includes the scripts for Hayao Miyazaki’s Lupin III movie Cagliostro Castle, half of the episodes of Space Pirate Captain Harlock and Cobra, and various episodes of such classics as Ashita no Joe, Ganso Tensai Bakabon, Urashiman, and Zero Tester.

Episodes 11-12 are a two-parter involving Admiral Haynes’ granddaughter, and a gang of space thugs called the Skull Killers. Yamazaki’s next story, a four-parter running from episodes 13-16, is a lot weirder as you’ll see eventually.

Get the soft subtitled mkv from Nyaa or Mega.

Or the hard subtitled mp4 from Nyaa or Mega.

Lensman is a joint project with the /m/subs crew, check out their site here. Thanks to project coordinator Marty McFlies, sky79 for the translation, starseeker for translation QC, and Crush Zombie & Shidoni for the song translations. Thanks to drmecha of the sakuga80/Gunsight Team for help with cast & staff credit translations. Special thanks to Dougo13 for providing the rare video source, recorded on a Betamax videocassette by his friend in Nagasaki on December 22nd, 1984.

Home of The Metal Hero Series (and other tokusatsu titles), subtitled for your viewing pleasure.

if it makes ya grin, it must be a shiteater™!