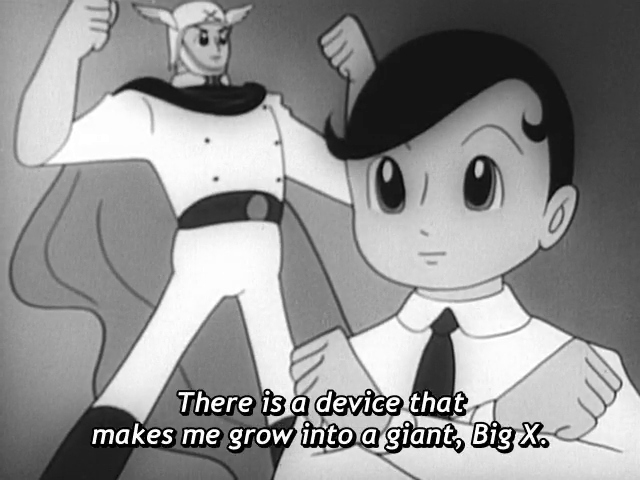 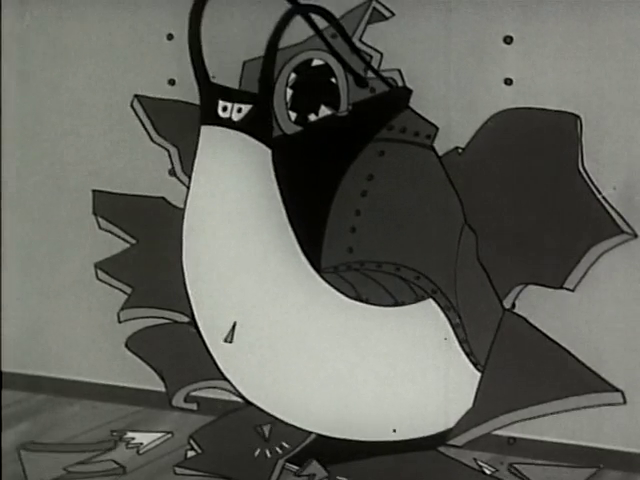 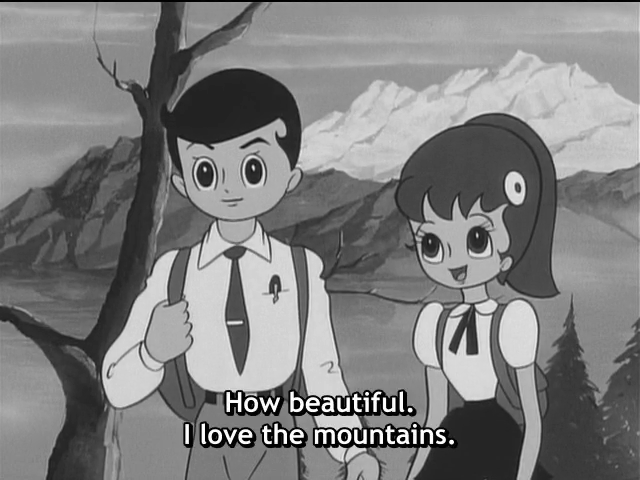 This is the very first anime produced by Tokyo Movie Shinsha (back when they were just called Tokyo Movie). Based on a manga by Osamu Tezuka, chief director Osamu Dezaki. The orchestral score was composed by Isao Tomita, before he became one of the pioneers of electronic music.

Like the 1960s episodes of Doctor Who, there are a lot of Big X episodes that are currently missing. For a long time the first 39 episodes were thought to be lost forever, and the Japanese VHS and LaserDisc releases of the 1990s only included episodes 40-59. But just as missing Doctor Who episodes continue to be found, a 16mm print of Big X episode 1 turned up (oddly enough in the hands of cartoon researcher Jerry Beck, details here), and more recently episode 11 was found as well. So this is a subtitled collection of the first three episodes known to exist in the hands of TMS Entertainment. I’ve released episodes 1 and 11 previously, but I’m always looking to do little fixes and quality upgrades. Since the print of episode 11 was missing the opening and closing titles, I’ve spliced in the versions that were used in those VHS and LaserDisc releases of the 1990s, for a bit of variety.

The new addition to this mini-batch is episode 40, an interesting story about a weaponized robot boy with a secret conscience trigger implanted by his creator. One of the boy’s two henchmen is voiced by the late, great Yasuo Yamada, best known for his portrayal for many years of iconic gentleman thief Lupin the Third. Dr. Slump & Arale-chan fans may also know him as the voice actor who takes over the role of the evil Dr. Mashirito for some of the Dr. Slump movies.

Interestingly, there has been a fair quality telecine of Big X episode 12 being passed around on the VHS trading circuit for years, although the owner of the actual film print it was transferred from is unknown,. And according to Japanese Wikipedia, episodes 5 and 30 were shown on the NHK satellite channel BS2 as late as 1990, so who knows if they’re still out there somewhere.

Sorry for taking even longer than usual to respond to comments and private messages. Releases have also been slower than usual this year, partially because real life has been busier lately, but I’ve also been slowed down by the fact that a lot of the things I’m working on are batch releases, meaning multiple episodes to check in a seemingly endless loop. But don’t worry, I still find time for subtitling, and there’s tons of cool episodes currently working their way through the pipeline. More releases soon…