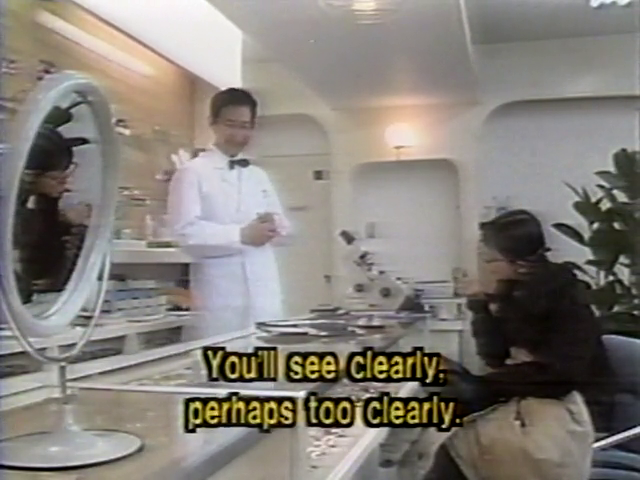 Okay, here’s another insanely rare find courtesy of dougo13’s massive collection of old videotapes. This should please some of the J-Drama fans out there, as well as anybody who likes watching incredibly weird Japanese TV.

Yonimo Kimyona Monogatari (“The Strangest Story I Have Ever Heard”) is a thriller anthology that aired on Fuji-TV sporadically from 1990 to 2003. One could describe it as a low-budget, shot on videotape Japanese version of The Twilight Zone or Tales of the Unexpected, but this doesn’t get across how off-the charts bizarre this show is. Enjoy!

Get the episodes from Nyaa, Anidex, or Mega.

The Hawaiian pay cable channel Nippon Golden Network showed a bunch of these in the early 1990s. Their notoriously shoddy subtitling was at least getting a little better by the time these were shown, the subs are about as good as the ones they did for series 3 of GeGeGe no Kitaro. As with Kitaro, there are a few abbreviated or even skipped lines of dialogue, but the subtitles do provide enough information for English speaking viewers to follow the story. In any case, we owe dougo13 a lot of thanks for rescuing these rare, subtitled episodes from his archive, and sharing them with all of us.

Another thing worth mentioning is the early 1990s J-Pop songs used in the soundtrack. The English language songs in the above pictures segment for example, have to be heard to be believed. Here’s one that gives new meaning to the term “cheesy pop song:”